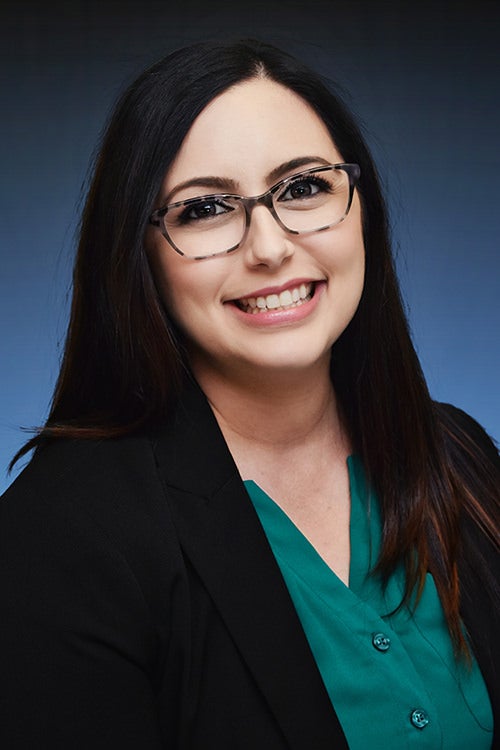 Brenda graduated from U.C. Berkeley with a B.A. in Sociology in 2003. She’s been advising at UCR since 2005 and has assisted students in many different majors within CHASS. In 2017 she transitioned into her current role as Academic Advisor Supervisor and at present supervises the departments of Anthropology, Sociology, History, and the Multidisciplinary Studies Unit. She is proud to be a product of the UC system and genuinely enjoys helping UCR students and working closely with faculty, staff, and the CHASS majors advising team. In her spare time, Brenda enjoys reading, listening to a variety of musical genres, watching superhero movies, and playing video games with her husband and three boys. 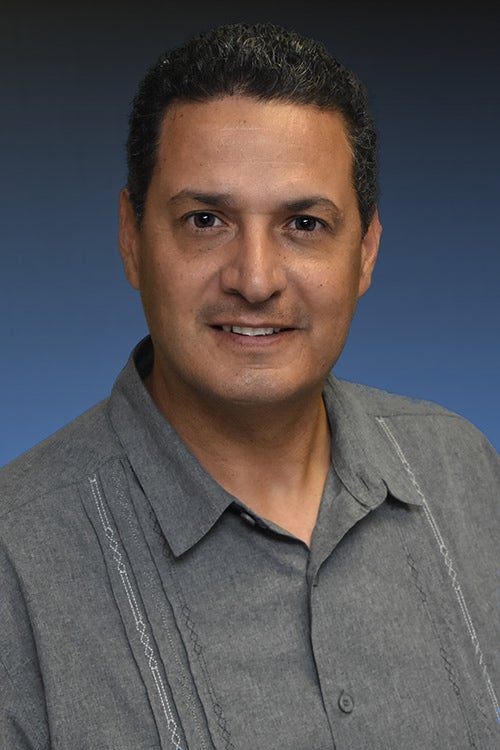 Tony graduated from California State University, San Bernardino (CSUSB) as a first-generation student in 2000 with a B.A. in Business Administration.  In 2003 he earned an MBA from CSUSB. Tony began at UCR in 2001 as a Career Center Counselor and in 2006 moved to Academic Advising.  He currently advises students in the Economics Department and also supervises the Academic Advisors in the Departments of Economics, Political Science, and Psychology.  Tony enjoys being a part of our students' success here at UCR. 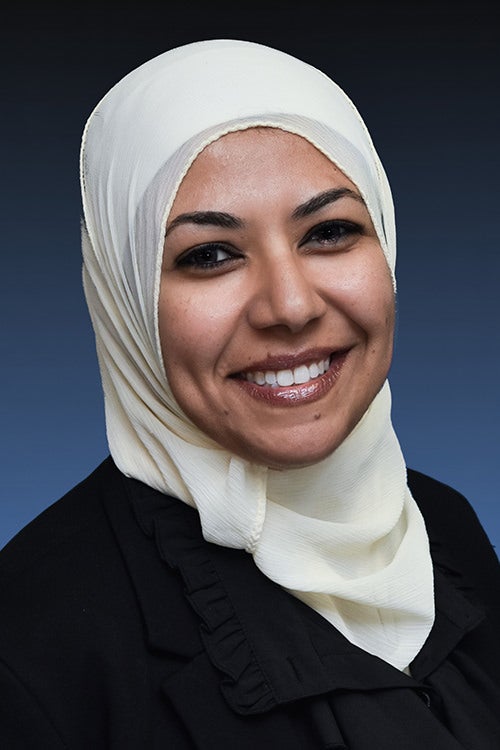 Suzy A. Sharweed has an undergraduate degree in English Literature and an M.A. in English Composition with an emphasis in TESL. A first-generation university student, she understands the struggles that are sometimes faced by this demographic of students and is therefore passionate about student success and strategies to improve their academic advising experiences. Having worked with students in an advisory role for over 20 years, she has had extensive experience with advising and student success initiatives. Suzy has been at UCR since June of 2016 and has supervisory oversight for the academic advising in the following CHASS majors: Chinese, Classical Studies, Comparative Ancient Civilizations, Comparative Literature, English, French, Germanic Studies, Hispanic Studies (Spanish), Japanese, Languages, Linguistics, Philosophy, and Psychology. 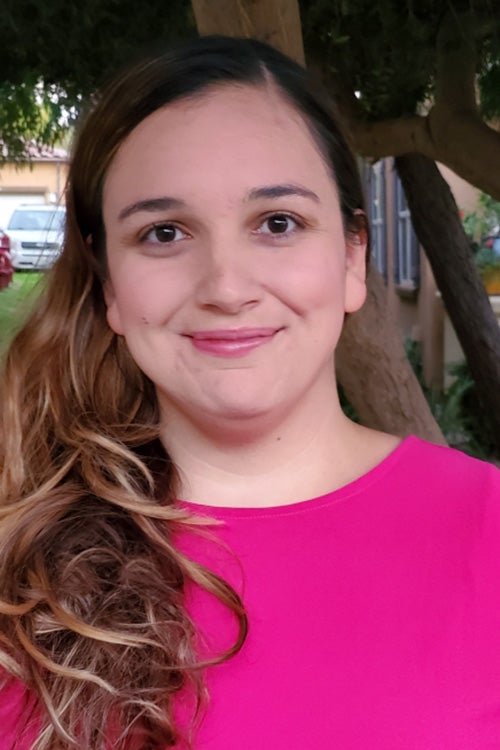 Kirsten graduated from UC Irvine, and got her M.S in Counseling from CSU Dominguez Hills. She has been working for UCR for about 3 years, both as an Undergraduate Academic Advisor and Graduate Student Advisor for Psychology. On her spare time, she enjoys dancing and performing Flamenco, or watching Football and Soccer. 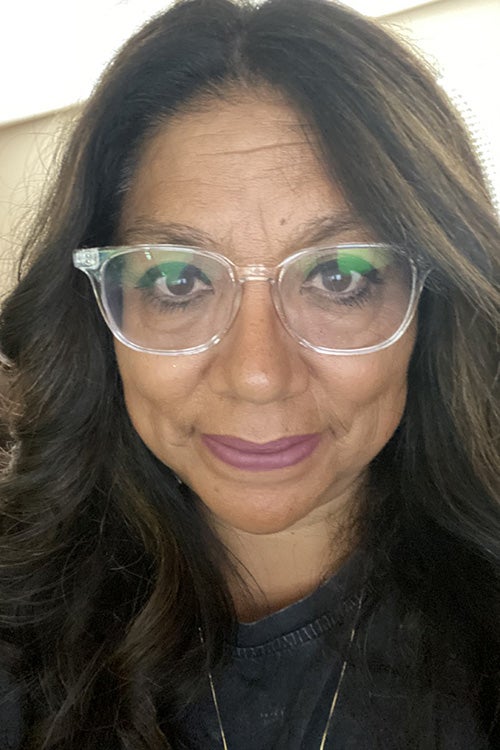 Cassee Barba has worked at UCR for over 20 years. She started off in the Graduate School of Education and did a tour in Undergraduate Admissions before landing her dream job - Undergraduate Academic Advisor. Cassee graduated from UCLA with a BA in History. In her free time, which she has very little of since both her children play club soccer, she loves to travel and go to concerts. 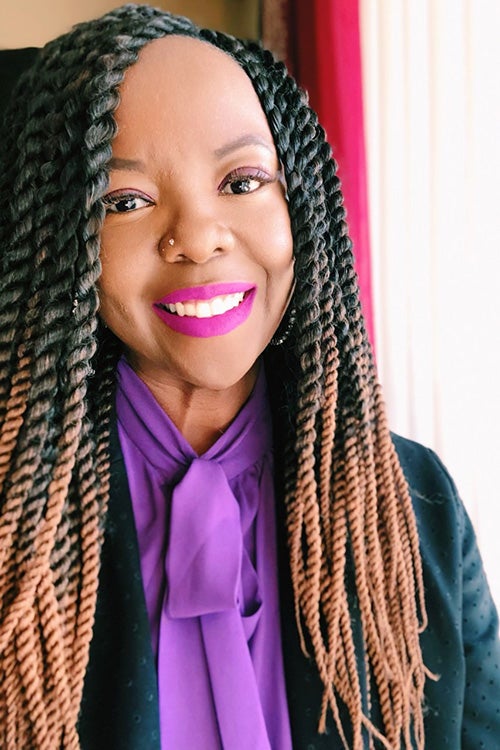 I was a first generation/transfer student. I enjoy advising students and am passionate about their success, Go HIGHLANDERS!! 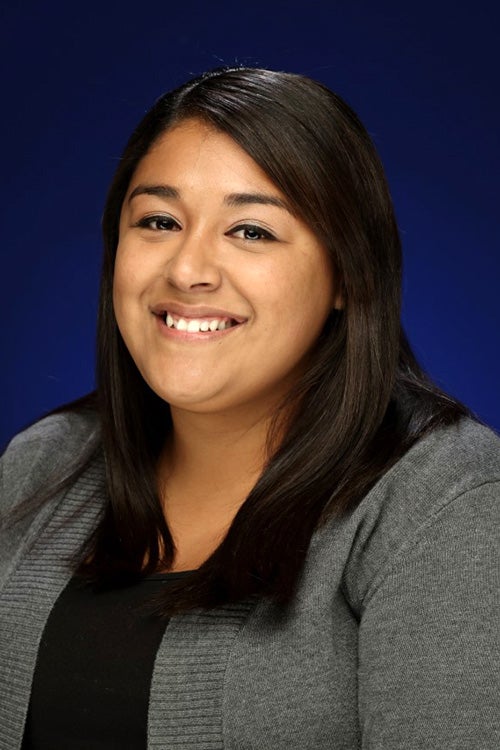 Elaine Chacon graduated from California State University, San Bernardino with a Bachelor’s degree in Finance and a Master’s degree in Public Administration. She joined UCR in 2018 and has enjoyed every moment, except the summer heat. She spends her weekdays helping students achieve their academic goals and her weekends enjoying family, food, coffee, and snuggling with her dog, Ozzy Osbark. 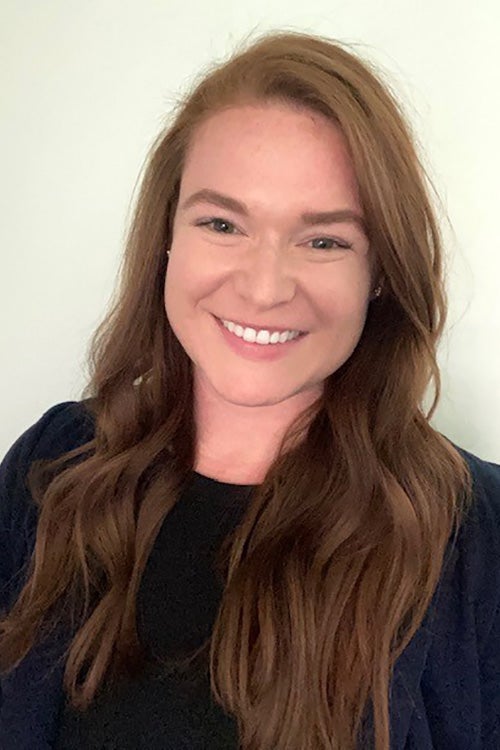 Sara Cuny is a UC Riverside alumna with a BA in Psychology and MS in Clinical/Counseling Psychology from Cal State San Bernardino. She’s held various positions in higher education, dating back to her undergraduate years as a peer mentor in the Academic Resource Center. She enjoys being outside, baking cookies, weightlifting, and collecting plants. 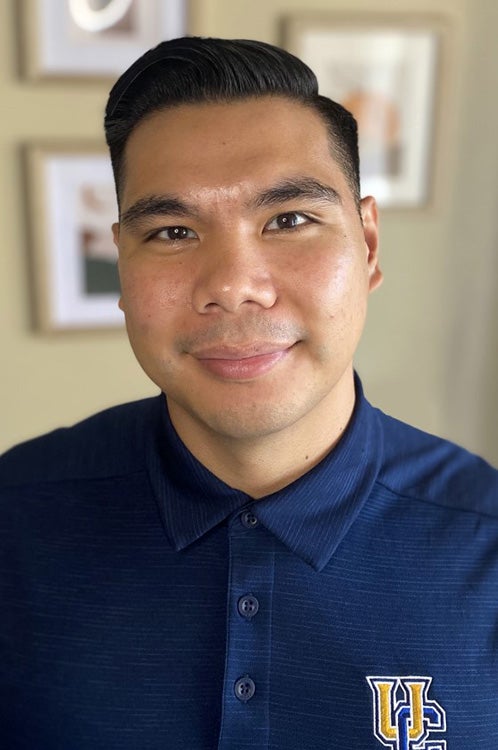 Sean Davis graduated from Cal-State San Bernardino with a Bachelor’s Degree in Kinesiology and then received his Master’s Degree in Educational Counseling from Azusa Pacific University. He enjoys staying active and absolutely loves sports. He claims to be an athlete but almost everyone else will say otherwise. Strike first, strike hard, no mercy - Cobra Kai. 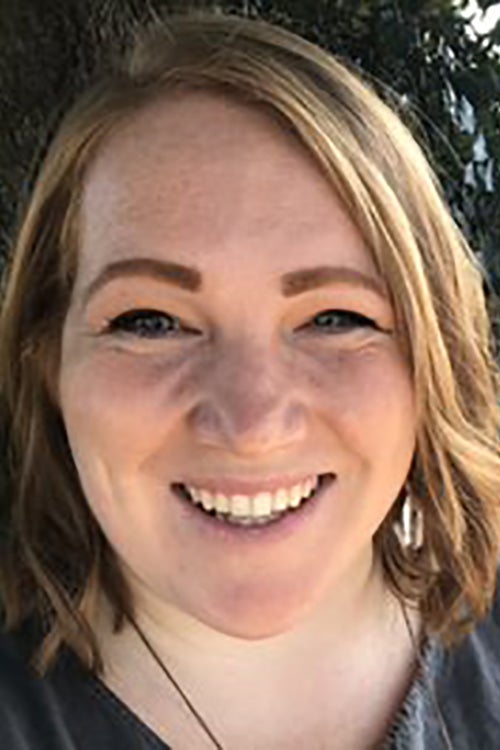 Holly Easley is a lifelong learner and voracious reader who graduated from both a really small school (Willamette University with a BA in Religious Studies in 2009) and a really big school (the University of Kansas with an M.Ed in Higher Education in 2013). She likes rewatching sitcoms, planning long road-trip podcast playlists, and grabbing yet another coffee from wherever she can get it. You can also almost guarantee that you’ll hear her before seeing her—yes, she really is that loud. 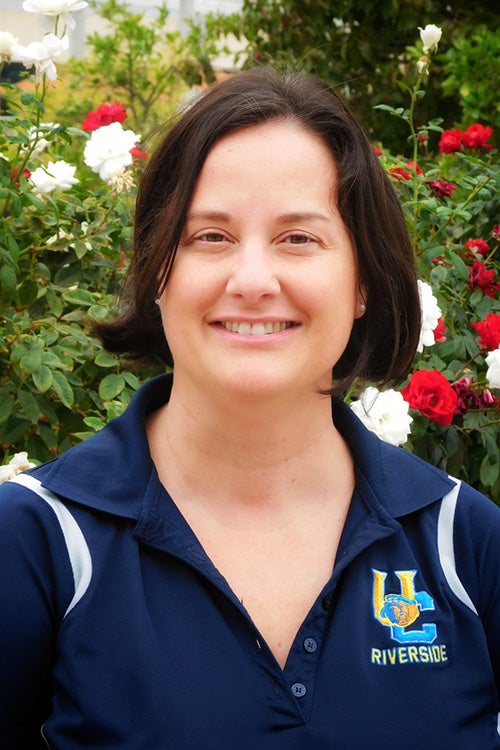 Greetings! My name is Kim Etzweiler, and I am one of four advisors for the departments of Anthropology and Sociology. I advise students with last names beginning with letters Q-Z. I have been an academic advisor for more than 15 years. I am also a UCR graduate and a first-generation transfer student. I look forward to sharing my experience and insight with you! 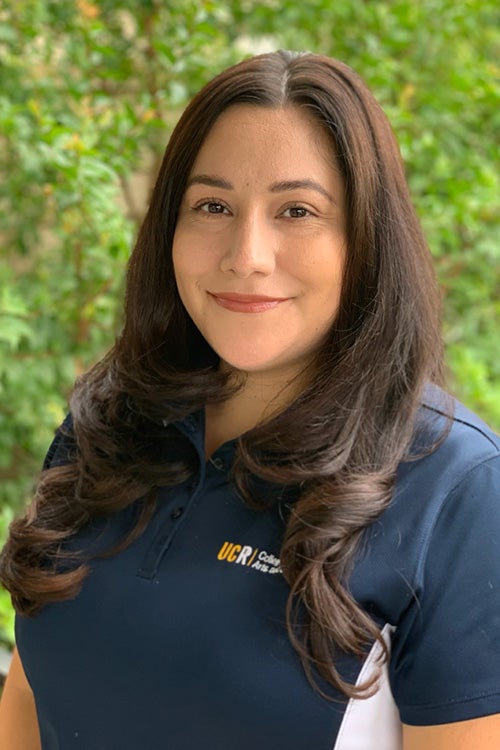 Veronica Ibarra began working at UCR in November 2011, and with the Department of History since 2015. She earned her Bachelors of Arts in Political Science and Masters of Science in Counseling, specializing in Higher Education and Student Services from California State University, Fresno. 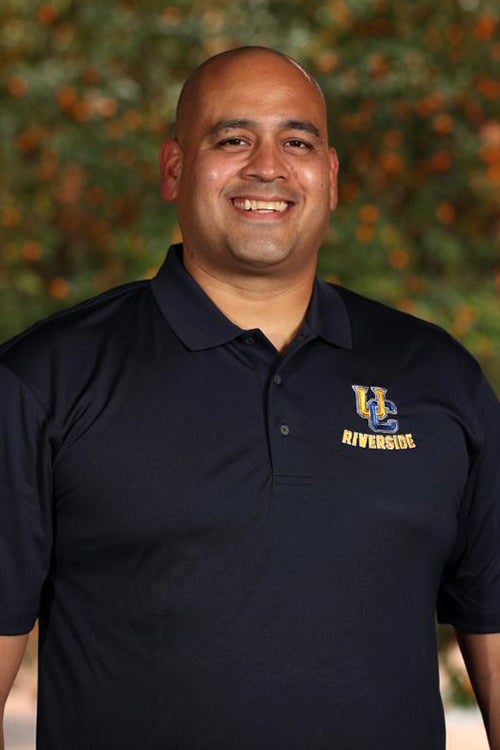 Jacob Marcos is a proud graduate of UC Riverside, and he feels privileged in guiding and supporting students on their academic journeys. He served as Associate Faculty in English, an instructor for international programs, and a specialist for university programs. These roles contribute to his academic advising, and he is honored to work with and learn from the amazing students he serves. 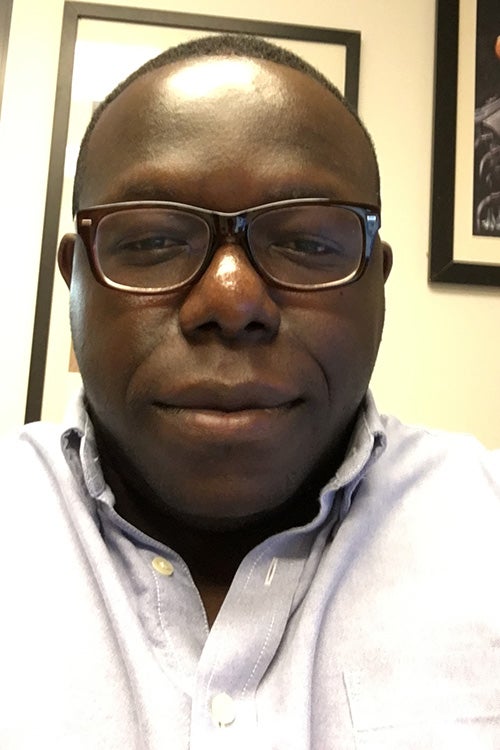 Greetings!  My name is Victor Moreira and I’ve been an academic advisor for over a decade with experience in advising for majors in STEM, the humanities, and the social sciences.  I enjoy getting to know my students’ hopes and dreams as it allows for me to connect with them and help them reach their academic and professional goals.  Outside of advising, I love to watch the NBA (diehard Laker fan!) and keeping up with latest trends in the tech world.  I look forward to hearing from you soon. 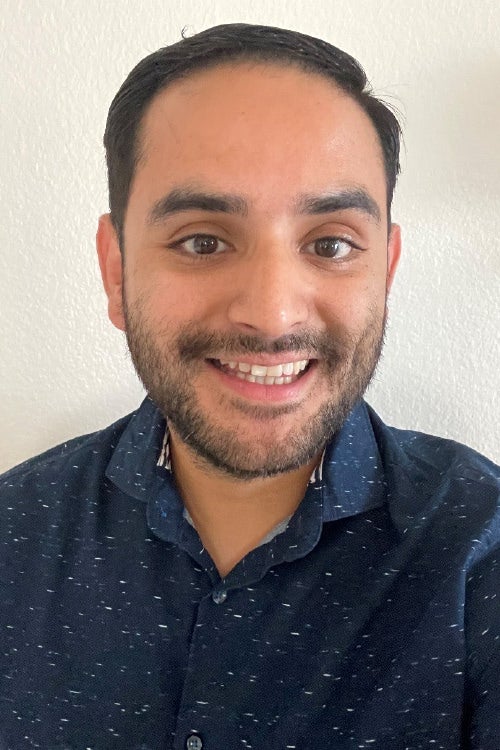 Hello! My name is Roberto and I am one of the Academic Advisors for the Department of Psychology. I received an MA in Applied Anthropology with an emphasis in Multicultural Education from CSULB and a BA in Sociology and Spanish from the University of Redlands. I have been working in Higher Education since 2015. As a first-generation student, I understand the pressure of being the first in your family to graduate from a 4-year institution. I look forward to sharing my story and learning about yours.

In my spare time, I enjoy going to the beach, hiking, and cooking/grilling. 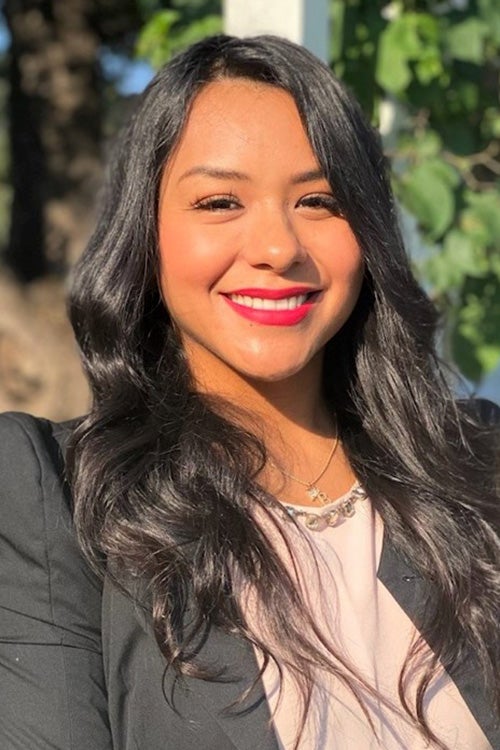 Jennifer is a first-generation college student who graduated from Humboldt State University with a Bachelor’s degree in Psychology. She will complete her Master’s degree in Education: Higher Education, Administration, and Policy in Fall 2021 from UC Riverside. Jennifer is very passionate about working with students and is driven by student success. She loves to spend time with her family, binge-watch on Netflix, and loves to dance. She even holds a second-degree Black Belt and enjoys sprinkling kindness everywhere she goes. 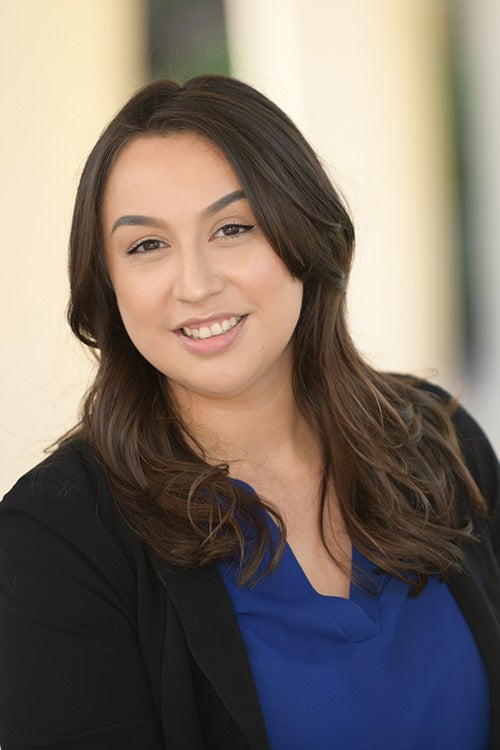 Hello! My name is Donna, I am one of the advisors for the Political Science department. I was a first-generation college student and a transfer student as well. I transferred from Allan Hancock College to UCR where I graduated with my B.A. in Public Policy with a minor in Education. I have worked in education for about 10 years across various age groups, including Pre-K through University-level students. When I’m not advising students, you can find me at Disneyland, taking my dog for a Puppucino, or spending time with my family. 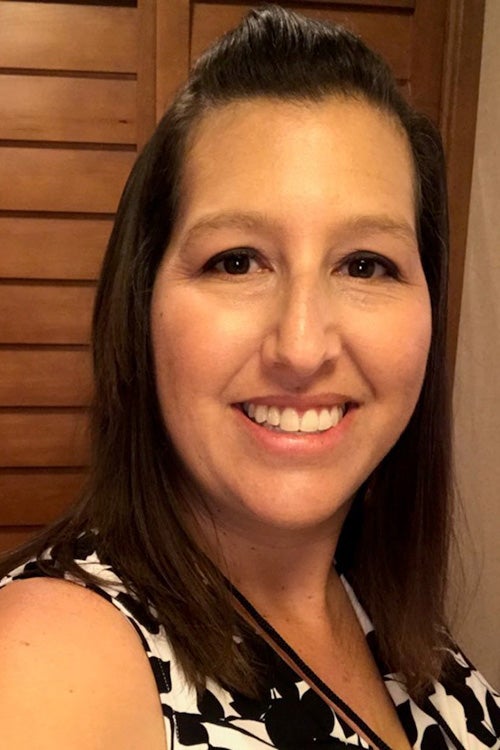 Kristy has been a strong student advocate for 14 plus years and enjoys seeing her students thrive at the university. She has two sons of her own, who are 12 years apart, so navigating educational goals is nothing new for her. She enjoys walking her two girl dogs, swimming, camping, and riding quads with her family. Don't be surprised if you see Kristy walking the campus around lunchtime as she is always striving for a healthier lifestyle. 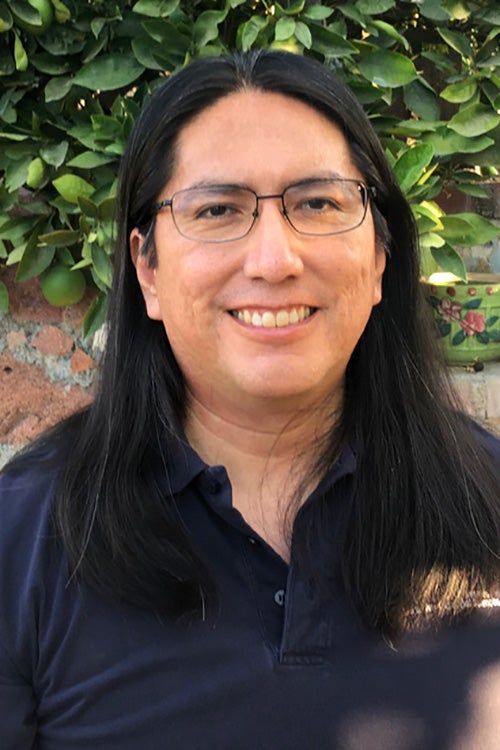 Gerardo Rangel Sanchez earned his bachelor’s degree in Philosophy, Concentration in Religious Thought, from the University of California, Santa Cruz, with membership in the Phi Beta Kappa Honors Society. In his 18 years with UCR he has provided academic advising for the departments of Sociology, Philosophy, Anthropology, History, English, Literature and Languages, and Hispanic Studies. An avid reader, Gerardo enjoys books on philosophy, religion, and poetry, as well as comics, manga, and craftsmanship. A few of his favorite include: “Song of Myself” (Whitman), “Little Women” (Alcott), “The Inward Morning” (Bugbee), “My Way of Life” (Farrell and Healy), “Ligeia” (Poe), “Beast of Burden” (Dorkin and Thompson), and “Audel’s Carpenters and Builders Guide” (Graham and Emery). He Also enjoys a wide range of movies, good and bad. A few lesser-known favorites include Harold and Maude (1971), Pontypool (2009) and Them (1954). 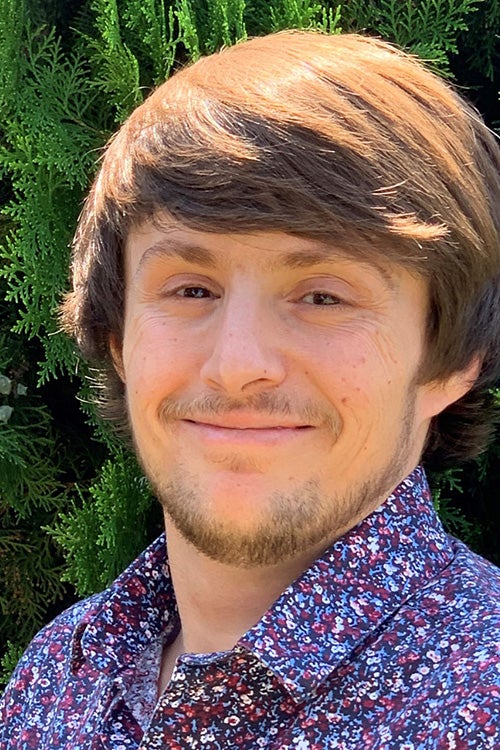 Bradley is an inquisitive thinker with a good sense of humor and a knack for playing the drums. He graduated from the University of California, Riverside in 2013 with a B.A. in Business Economics (go Highlanders!), and quickly realized he had a passion for helping students. He enjoys listening to and playing music, playing video games with his friends, spending time with his Labrador Retriever, and camping outdoors. He also likes taking a walk around campus during lunch, so feel free to say hi if you see him! 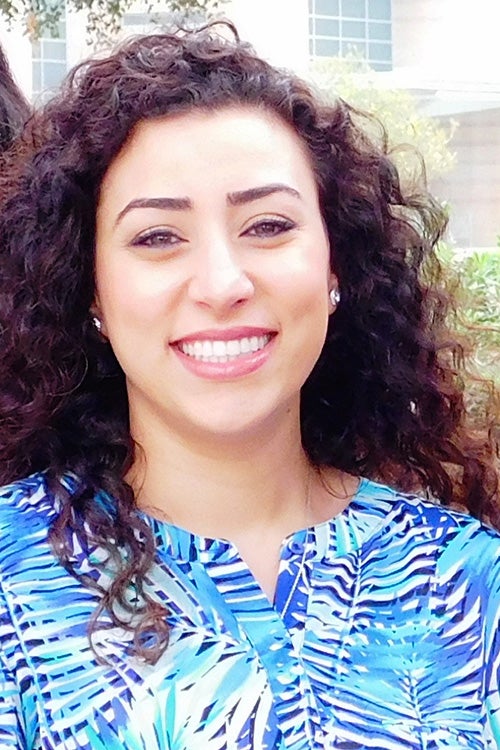 Sumer graduated from UC Riverside with a BA in Liberal Studies and went on to get her Masters in Higher Education from the University of Redlands. She started as a Biology advisor in CNAS in 2015 and later transitioned to advise in CHASS for Anthropology/Sociology majors in 2017. She is a proud child of Palestinian immigrants and finds joy in assisting UCR's diverse student population. In her spare time, she lives for traveling, photography, and spending time with family. 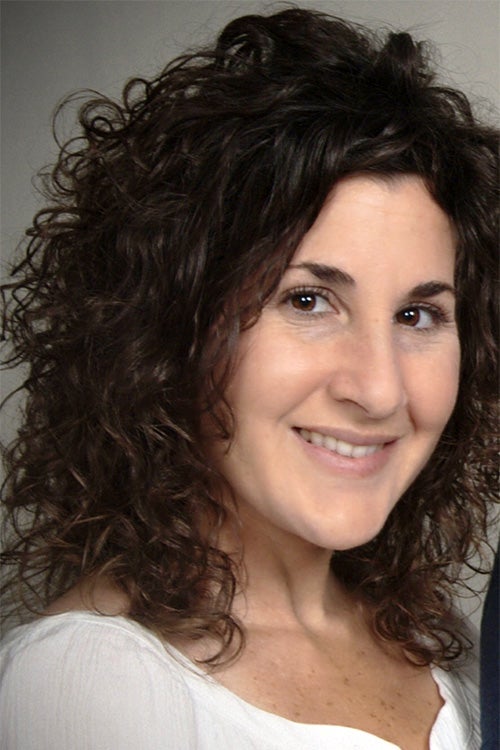 Jamie has over 20 years of experience working in education. She earned her Master of Arts in Education, Higher Education Student Affairs from the University of Redlands and her Bachelor of Arts in Psychology from UC San Diego. She taught in public schools (K-12) for ten years before becoming an Academic Advisor in the Psychology Department in 2010. Recognized for her expertise in academic advising and the psychology and neuroscience curricula, Jamie is the Academic Advisor representative for the Psychology Undergraduate Education Committee and the CHASS Neuroscience Chair's committee. In 2019, she was chosen to receive a Spot Award for significant achievements in Enhancing Undergraduate Student Success. In 2021, she was chosen to receive a Star Award for significant achievements and contributions to the Psychology Academic Advising team for providing an almost seamless transition for students as they transitioned to their new remote educational environment amid the global pandemic. 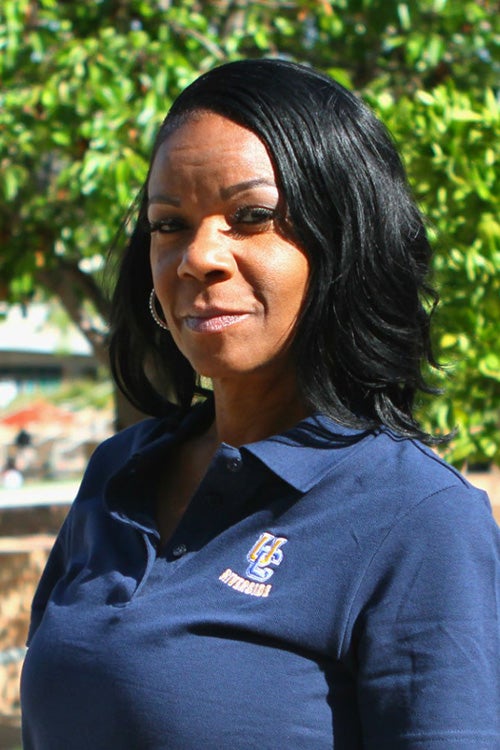 Janice Henry has been employed at UC Riverside since 2014. She received a BA in Sociology, and M.A.Ed. from Cal State University Northridge. She has been working in higher education since 2002. Her favorite quote to live by is "Success is not final, failure is not fatal: It is the courage to continue that counts". (Winston Churchill) 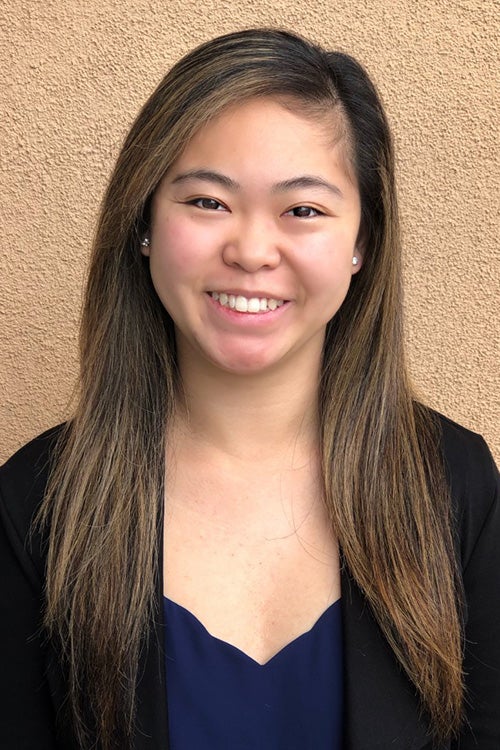 Betty Chen is a first-gen college graduate from UC Irvine with dual degrees in Environmental Science and Asian American Studies, minor in Educational Studies, and professional certification in Human Resources Management. She is a lifelong learner, avid Boba drinker, and former Health Scholar. As a proud Oakland native, she is on a mission to provide academic assistance and resources to students from all walks of life (especially those from low-income and underserved communities) to ensure that they have an equal opportunity to higher education. 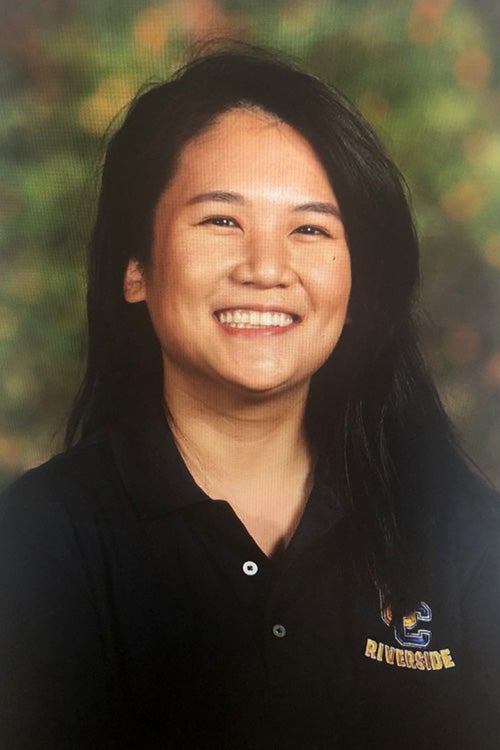 Agnes Lee is a proud UCR alumna. She graduated from UCR in 2014 with a BA in Political Science. Her hobby includes browsing the Humane Society adoptable pets section during her free time. 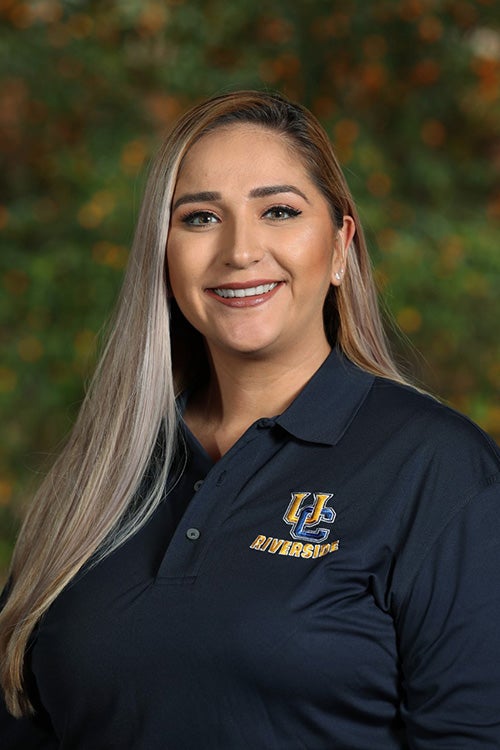 Liz Sánchez is a First-Gen college graduate, having received her B.A. in Sociology from UC Irvine and her Masters in Public Administration from the University of La Verne. She is an avid Los Angeles Sports Fan (Lakers, Dodgers, LAFC), True Crime aficionado, and a 2-Ice Coffee a day drinker. You will always catch her listening to an array of music genres or true crime podcasts as she tries to resolve your enrollment issues.